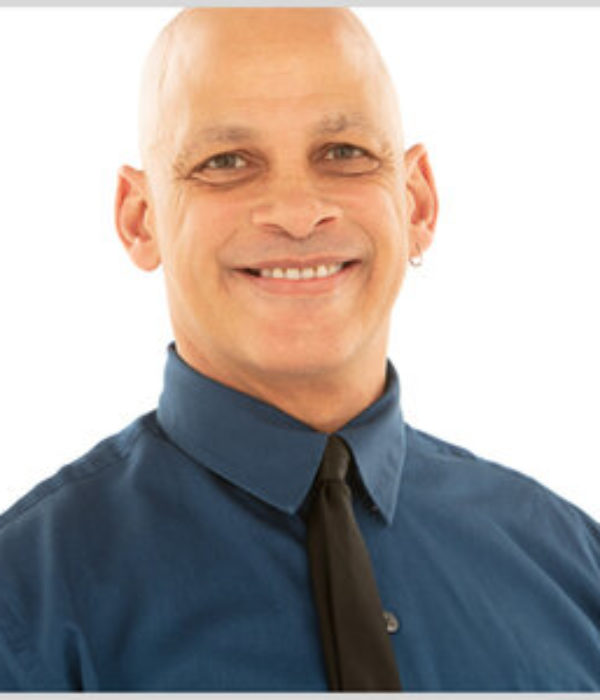 Kurtis Robinson is a social justice advocate. He serves as Executive Director of I Did the Time, the Revive Center for Returning Citizens, and on the Board of Better Health Together.  Robinson is former a wildlands firefighter, and an active leader in mental health advocacy and criminal legal system reform efforts. He is also the first formerly incarcerated person in Washington state history to be appointed to the Criminal Justice Training Commission. Due to Robinson’s personal experiences with trauma and recovery he continually works to inspire folks to seek change and new approaches in their lives.

“I’m a formerly incarcerated person. I was crack cocaine addicted. I was raised in a highly abusive, highly challenging lifestyle. I was raised dealing drugs for my family — that was how we sustained ourselves.”

Robinson believes most issues of substance use and dysfunctionality are deeply embedded generationally, and that the criminal legal system mirrors the racism and classism in society at large.

“Racialization, trauma and classism are reinforced in the criminal legal system. The power dynamics and disproportionality outside the system are starkly reinforced within the system, especially within jails. White people receive implicit and explicit access to resources that those with darker complexions are denied”.

Instead of reinforcing inequitable access to profit and hierarchical power, we need to marshal our emotional and fiscal resources to start undoing the harm we’ve done. There’s been a huge divestment in public defenders at the same time prosecutors max out penalties for drug charges.  When our people turn to drugs to escape generational trauma or put food on the table, they don’t get treatment or job assistance, they are sent to jail. If there had been a better approach when I was a kid, I know that my life would have been so different. I was told how physically talented and how bright I was, but I didn’t believe it.  When I was a kid, I wanted to be a lawyer or a police officer. Maybe even a doctor. I would have been on a completely different path. I’ve been engaged in the act of recovery since ‘84.  I have over 17 years of abstinence. I’m living proof that treatment and recovery is a better way to go. I wouldn’t be alive today without interventions — cognitive behavioral therapy, and physiological and spiritual wrap-around support — that diverted me away from a lifetime of crime and substance use, into a lifetime of treatment, recovery, and helping others. My probation officer had to fight to get me into treatment versus prison, even though I had stated from the beginning of my justice involvement that addiction was my real issue. I was eventually sentenced to long-term inpatient treatment versus a long-term prison sentence. “It changed the trajectory of my life…this needs to be the standard, not the exception”.