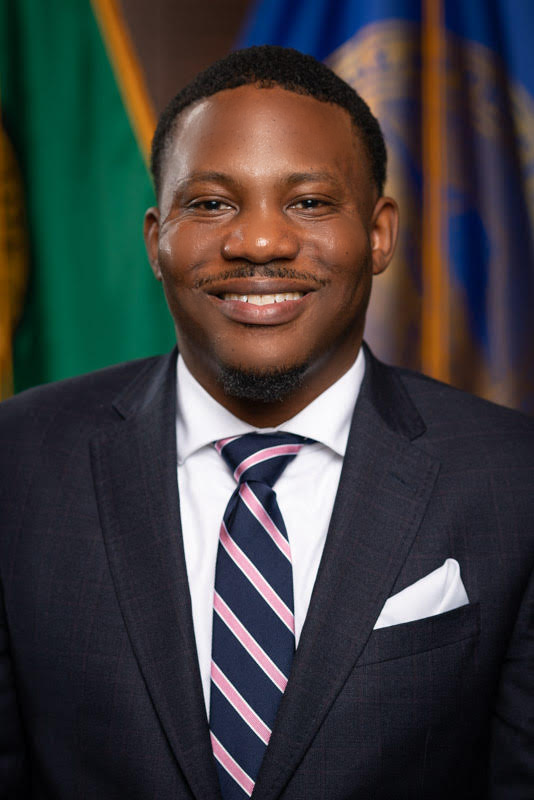 Tacoma Deputy Mayor Keith Blocker was re-elected to the District 3 seat of the Tacoma City Council in 2019.  He currently sits on the City of Tacoma’s Government Performance and Finance Committee and the Tacoma-Pierce County Board of Health.

Blocker has personally experienced how substance use disorder and the current system of prosecution and incarceration tears apart lives.

“Addiction has influenced my life from a very young age. My mother struggled with addiction. When crack cocaine hit in the 80s, I was six years old.  My mom told me we had to move out because she couldn’t pay the rent. My mom struggled with it off and on for 20 years. I’ve been homeless. We’ve lived in shelters, stayed with friends and family. I attended five different elementary schools, and I remember that we moved around a lot. I was arrested for possession of marijuana at 19. I remember sitting in a jail cell and feeling like an animal and thinking about the disparity in how different neighborhoods get policed. I just saw people of color getting locked up.”

Blocker believes that the “War on Drugs” created a toxic climate by breaking families up and incarcerating parents and providers for extreme amounts of time. “The system has had a huge impact on families of color in my community. If you look back at history and look at how the crack cocaine era was treated in Black communities, now fast forward to how the opioid epidemic, which is affecting a larger white population, is treated today. The so-called ‘War on Drugs’ has mainly been a war on Black people and other communities of color.

“Fortunately, more and more people now understand that drug use is a public health issue, not a criminal issue.  While criminalizing was supposed to deter drug use, we now see it hasn’t done that. Instead, it’s hurt people who needed help, broken up families and decimated communities.  Now we know substance use disorder needs to be treated, not punished. Instead of spending money to hurt people with incarceration, we need to provide more treatment and help people find stability. The tragedy in incarceration is that fathers and mothers are separated from their children. What are the long-term impacts of those separations on kids?”